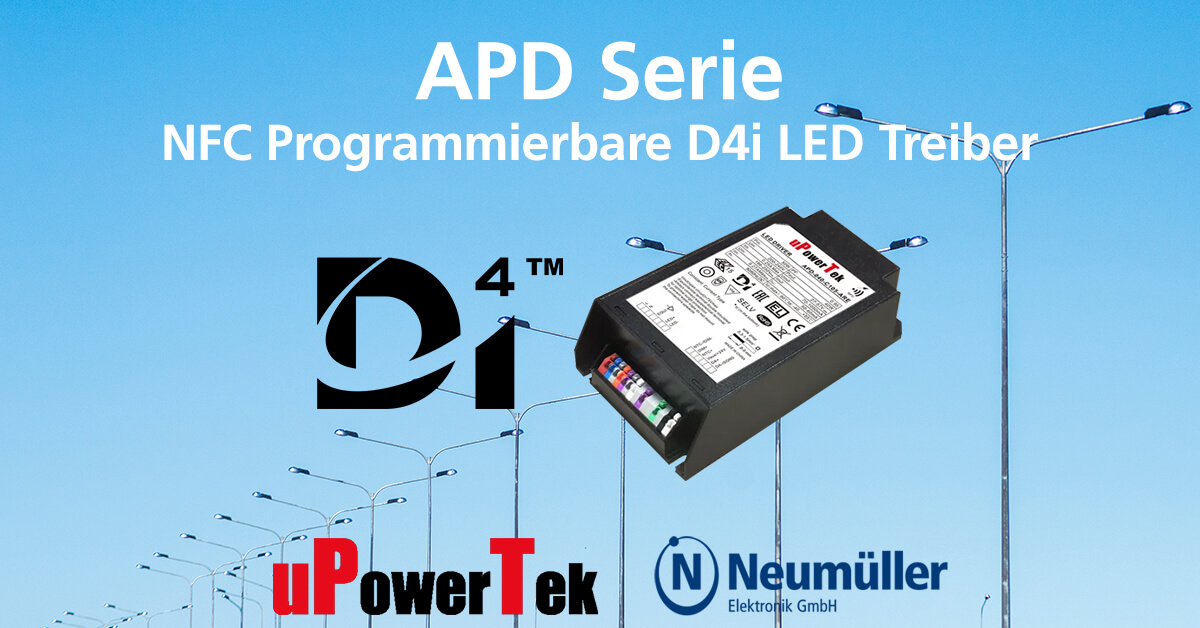 In addition to the D4i dimming interface, uPowerTek's new APD series also comes with a 1-10V dimming interface. The integrated overvoltage protection of 10kV also makes the LED power supplies perfect for outdoor applications, such as street lighting. The new generation can also boast a service life of 100,000 hours. For the supply of additional sensor technology, the LED driver is equipped with a 24V 3W auxiliary voltage output.

The drivers of the APD series are available in the following variants: 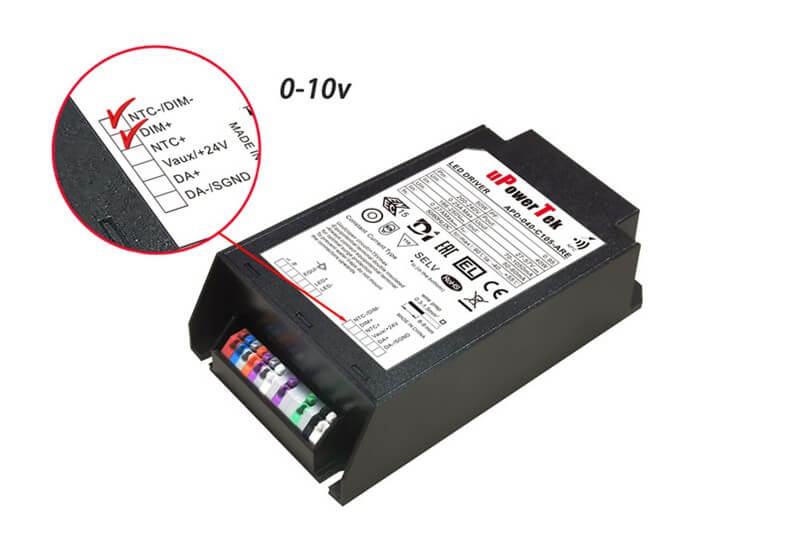