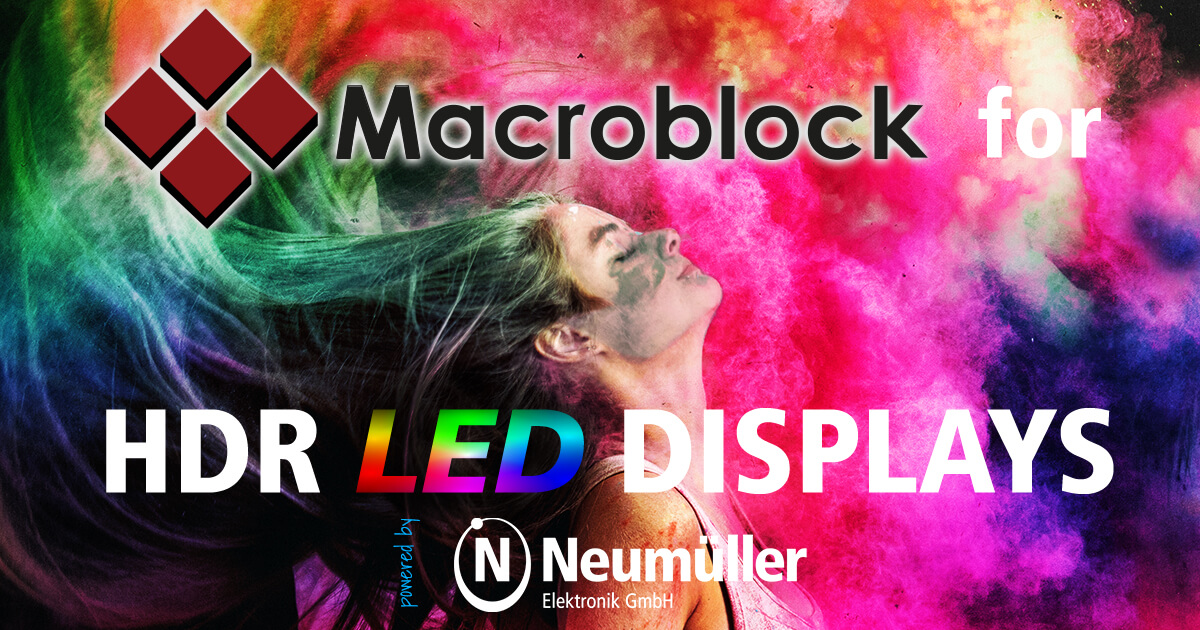 High Dynamic Range (HDR) or High Dynamic Range Imaging (HDRI) is increasingly becoming the norm in visual language. The technology expresses colours and contrasts more strongly and has an even greater influence on the image impression than UHD resolution. Hardware manufacturers of 4K/8K TVs or displays, streaming providers such as NETFLIX, Amazon Prime Video, YouTube and Apple TV or media giants such as Walt Disney and Warner Bros. are all using the new technology, and HDR content is supported across the board.

Up to now, HDR standards are mostly found in the LCD industry and less so in the LED industry. However, as LED displays gradually penetrate the previously pure LCD market, for example in indoor applications and control rooms, HDR is also required as standard to outperform LCD displays. This new display performance requirement makes the right LED driver IC more important than ever before - Macroblock and Neumüller always have the right LED display driver at hand!