Why connectors with milled contacts are real efficiency marvels 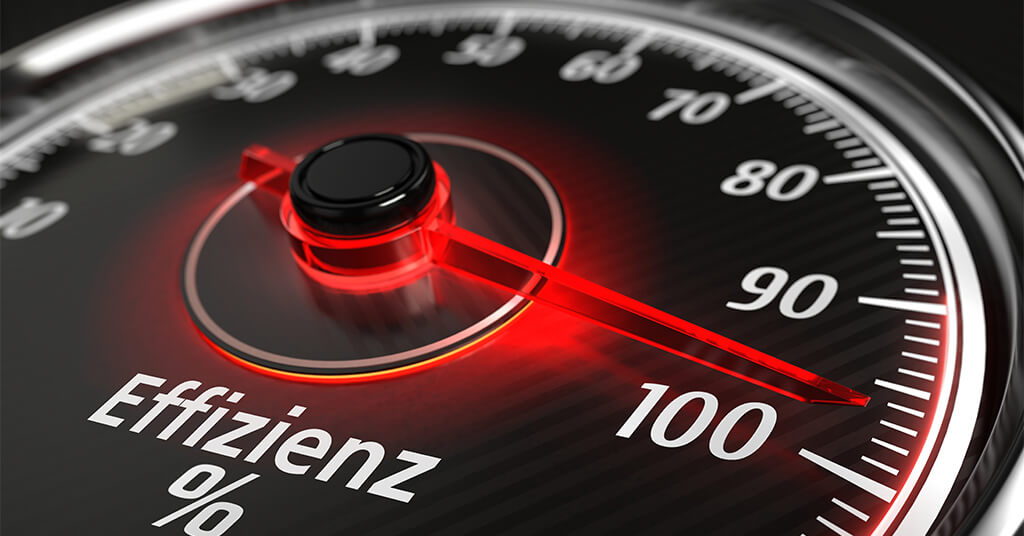 With industrial progress and the further development of microprocessors and other electrical components, the demand for ever smaller and at the same time more powerful connectors is also growing.

Since the topic of downsizing is currently reaching its limits not least because of safety regulations, the key to success in many applications lies in striving for a higher linear current density (LCD) - the amount of current that can be conducted along the connector at a linear distance of 25.4 mm or 1 inch through a connector.

This is where milled contacts (also known as fixed or solid contacts) come into focus again, compared to the stamped contact technology established in the last 40 years. The connector technology, which has been in use for more than 70 years, usually uses solid contacts made of brass and bronze alloys, which are "turned" or machined on precision lathes. These devices were originally developed for the Swiss watch industry.

Since the spread of stamped contacts in the 1970s, fixed contacts have become a specialty used primarily for high reliability applications such as those found in the medical, defense and aerospace industries. However, due to their unique capabilities, solid contacts are more relevant than ever. 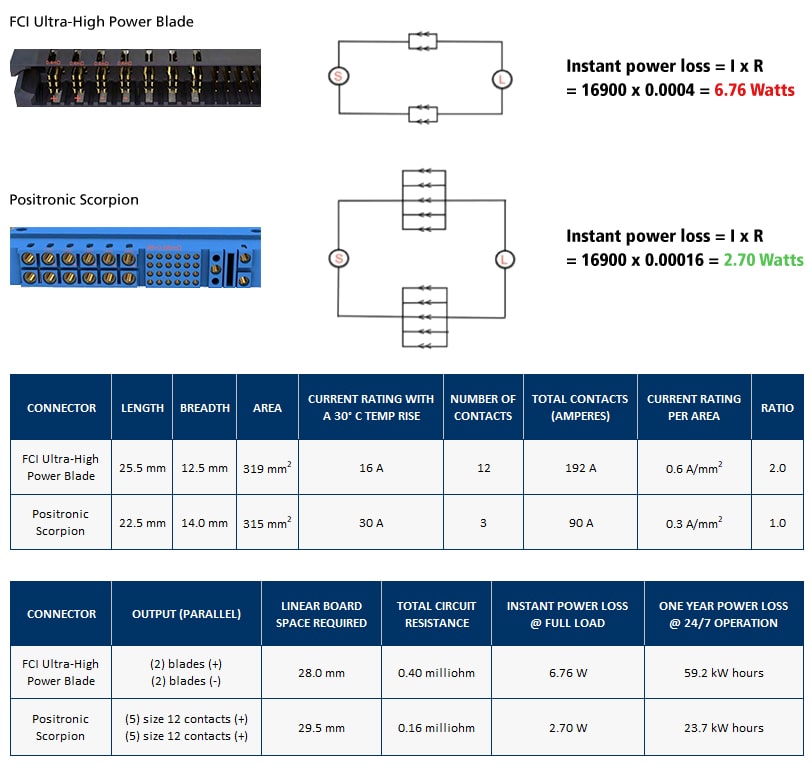 The better efficiency of milled full contacts is clearly visible. In one year of continuous operation, the Scorpion connector saves almost 50% energy. At a certain point in the life cycle of a system, the savings in energy costs alone would exceed the acquisition costs of the Scorpion connector, which can be modularly assembled from small unit quantities, many times over.

If additional factors are taken into account, connectors with fixed contacts can also offer other cost savings. Using advanced connector designs such as PosiBand, they offer up to twice the power density of a blade connector. We will be happy to help you choose the right connector for your project!