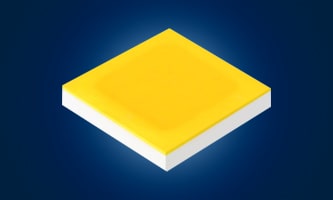 The new WICOP Highpower LED Y22T from Seoul Semiconductor has been available since the beginning of May. This can be ordered in 4000K and in the near future also in 5000K with a CRI of min. 70.

It should be emphasized that the beam angle has been reduced from 140° to 120° compared to the standard Y22. The LED can therefore be used together with all common 3535 secondary optics without lateral radiation. The Y22T is ideally suited for outdoor and street lighting applications.